Mixed reality is the combination of both virtual reality (VR) and augmented reality (AR). Mixed reality includes situations where both physical and virtual items can exist and interact continuously. Similar to AR, in mixed reality, pictures or recordings are overlaid onto real-world images on a screen through the use of cameras, glasses, or, commonly, headsets. The ability for physical and virtual items to interact gives MR technology countless uses in applications.

Because of the increased advancements in mixed reality and augmented reality technologies, companies are jumping on the opportunity to reach new customers, meaning that the demand for AR and MR apps is set to reach $4 billion in 2020. With this, it’s easy to understand why new uses for AR and MR in headsets like Microsoft’s HoloLens 2 are drastically increasing the mainstream use of these technologies. HoloLens 2 is a wearable, holographic PC that has planned applications in schools, universities, and many other industries.

The most common uses for AR and MR include social media and gaming. Applications like Snapchat, Pokemon GO, and Harry Potter: Wizards Unite have made augmented and mixed reality use more familiar and accessible than ever.

How is mixed reality being used?

Mixed reality is not quite as mainstream as AR and VR. Still, it sees rapid advancements to make it easier for users to access MR apps and for companies to develop new mixed reality uses for everyday practices and advertising.

MR gadgets like the HoloLens 2 are not found as frequently as typical VR headsets and AR elements built into apps like Snapchat. However, technology is always relentlessly expanding and finding new uses for MR as well as AR and VR. The use of mixed reality is going to expand as new users adopt the technology into their everyday lives quickly.

Most of today’s MR use includes specific objectives and includes advanced applications within a variety of different fields and industries.

Mixed reality is seeing a boom in education usage. Schools and universities are adopting technology to improve students’ access to new materials and their capacity to learn. Students can also customize the way they learn.

With MR 3D projections, students can interact and control digital objects and materials in a way that significantly impacts and improves their learning experience. Mixed reality can overlay 3D objects into classrooms to allow students to observe and measure items they wouldn’t usually see. Students thereby increase their understanding of the world around them.

VR and AR entertainment has been around for a long time, often in rudimentary variations. Virtual reality is probably the most accessible and mainstream version of changed reality, outpacing AR, and MR developments. However, expanded reality games and other entertainment applications like Pokemon GO and Harry Potter: Wizards Unite has advanced the world of AR and MR, motivating app developers to add more options for gamers. There is little doubt that enhanced reality gaming will disappear any time soon.

In the gaming industry, the possibility of blending games with films opens a new way avenue for mixed reality to become mainstream. For example, Netflix has developed You vs. Wild, which is an interactive series wherein the user makes critical decisions that help the main character survive and complete missions. You vs. Wild uses an advanced variation of mixed reality to enhance the watchers’ experience with the show.

MR entertainment is also advancing with the help of organizations like Magic Leap, Lucasfilm, and Industrial Light and Magic, all of whom are diving into the world of MR entertainment to increase their fan base.

Mixed reality has made its way into the healthcare industry, providing countless potential applications. The best example is healthcare education, where MR allows medical students to see within a patient without performing any procedures. Another is called over-the-shoulder medical procedures. Students are instructed remotely by specialists as the students perform complicated medical procedures.

MR is also associated with intelligent learning where 3D models of bodily systems are presented to the students for them to see and learn about each system in a virtual setting. Mixed reality replaces 2D images, increasing the interactivity of learning and the chances that medical students are better prepared to handle real patients.

The Infrastructure of Mixed Reality

MR is commonly associated with a special headset, but it is also built out of complicated frameworks that require sensors and cameras to create a full picture. Some MR technologies incorporate movable sensors that are used remotely, while other technologies, like Microsoft’s HoloLens 2, include everything inside the headset.

The infrastructure of mixed reality headsets natively includes sensors, cameras, infrared locators, and trackers. Headsets provide a complicated yet simple interface between the user and the virtual world.

Going forward, many MR applications will include running information through the cloud, which can consist of a heavy burden of data transmission. Thankfully, MR technology includes broadband advances like 5G and MEC to lower inactivity speeds. This means that users’ VR, AR, and MR applications are stored in the cloud with easy access provided the correct equipment is used for retrieval.

Mixed reality technology and uses aren’t advancing as rapidly as augmented and virtual reality, but it is quickly becoming more prevalent in every day enhanced reality use. MR is currently used in industries like education, healthcare, and entertainment to allow users to engage with a different version of their world for both expanded learning and intensified gaming. As MR advancement continues, it’s reasonable to expect further migration of MR into mainstream society.

However, to ensure its timely use in business and personal use, MR requires more advances in infrastructure. Transfer speeds, dormancy, register, and capacity elements of mixed reality need to rapidly advance if MR is going to become as prevalent as augmented and virtual reality. 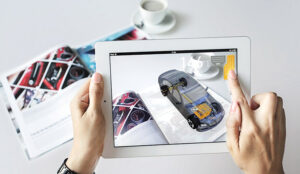 Augmented Reality Will Change the Way You Do Business 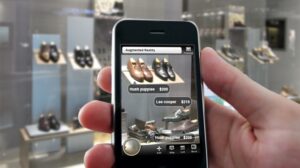 How WebAR Will Change Advertising